The southern lights of new zealand

In New Zealand, if you plan and do some research and are lucky with the weather you may get to see the Aurora australis, commonly known as the southern lights. It can be as impressive as the northern lights.

Near Queenstown
Aurora's are their most intense and spectacular at higher latitudes such as the Arctic and Antarctica. Because New Zealand is surrounded by sea, you can only go as far as Steward Island. Beyond the island, open water of the Southern Ocean separates New Zealand from Antarctica. 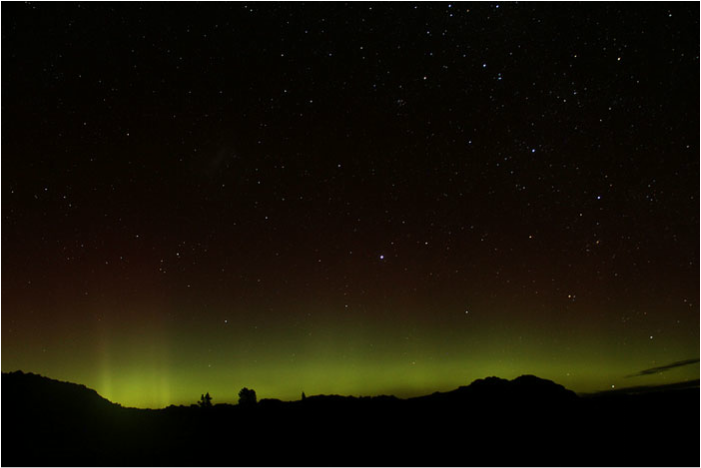 Middlemarch, Otago
Good places you may see the southern lights
Steward Island
Steward Island is the third largest island in New Zealand. Oban the only town has a population of four hundred, therefore, little light pollution. When the skies are clear, it is an ideal location to view the southern lights.
The Catlins
The Catlins are located on the far south-east coast of New Zealand. It is a rugged and semi-remote landscape, where fine days can quickly turn into rain and strong winds. Owaka and Kaka Point have accommodation. Owaka is the main settlement.
Aoraki Mackenzie National Dark Sky Reserve
This area is known for its crisp, clear nights. The main settlements are Lake Tekapo, Mt Cook and Twizel. Mount John Observatory is located above Lake Tekapo township and is open to the public.
​"To put it simply it is one of the best stargazing sites on earth" Bob Parks, Executive Director, International Dark-Sky Association. 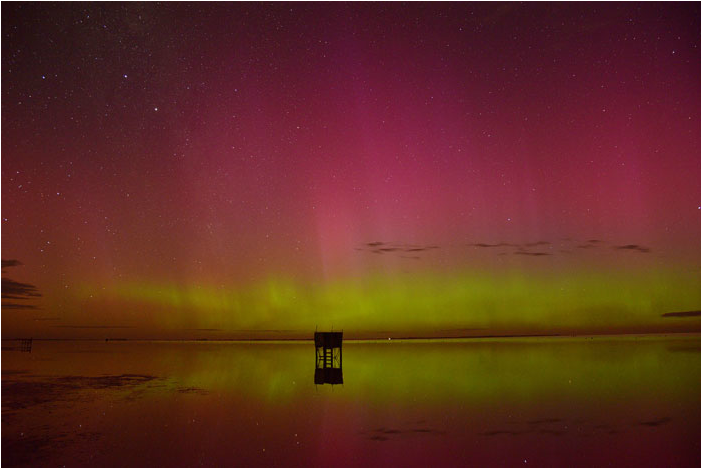 Lake Ellesmere, Canterbury
All these places have low light levels, but you can still see the southern lights in other locations. On March the 30th to 31st, 2001 a light display was viewed over much of New Zealand and southern Australia. Although auroras are most intense in the polar regions, it is the fluctuations of the solar winds, that allow us to see them in the lower latitudes.
Points to remember
​The best months to view the lights are between April and September.
You want good clear nights.
​A dark sky e.g. no moon, no major light source.
The further south you travel, the better.
​Check out the K index. It shows the level on a scale of one to nine, of where you need to be, to view the aurora. 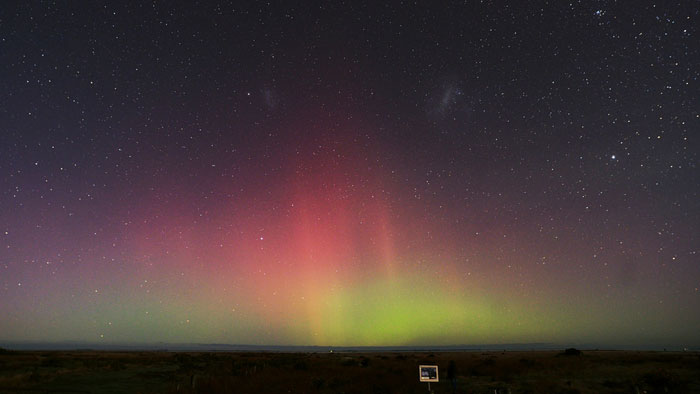